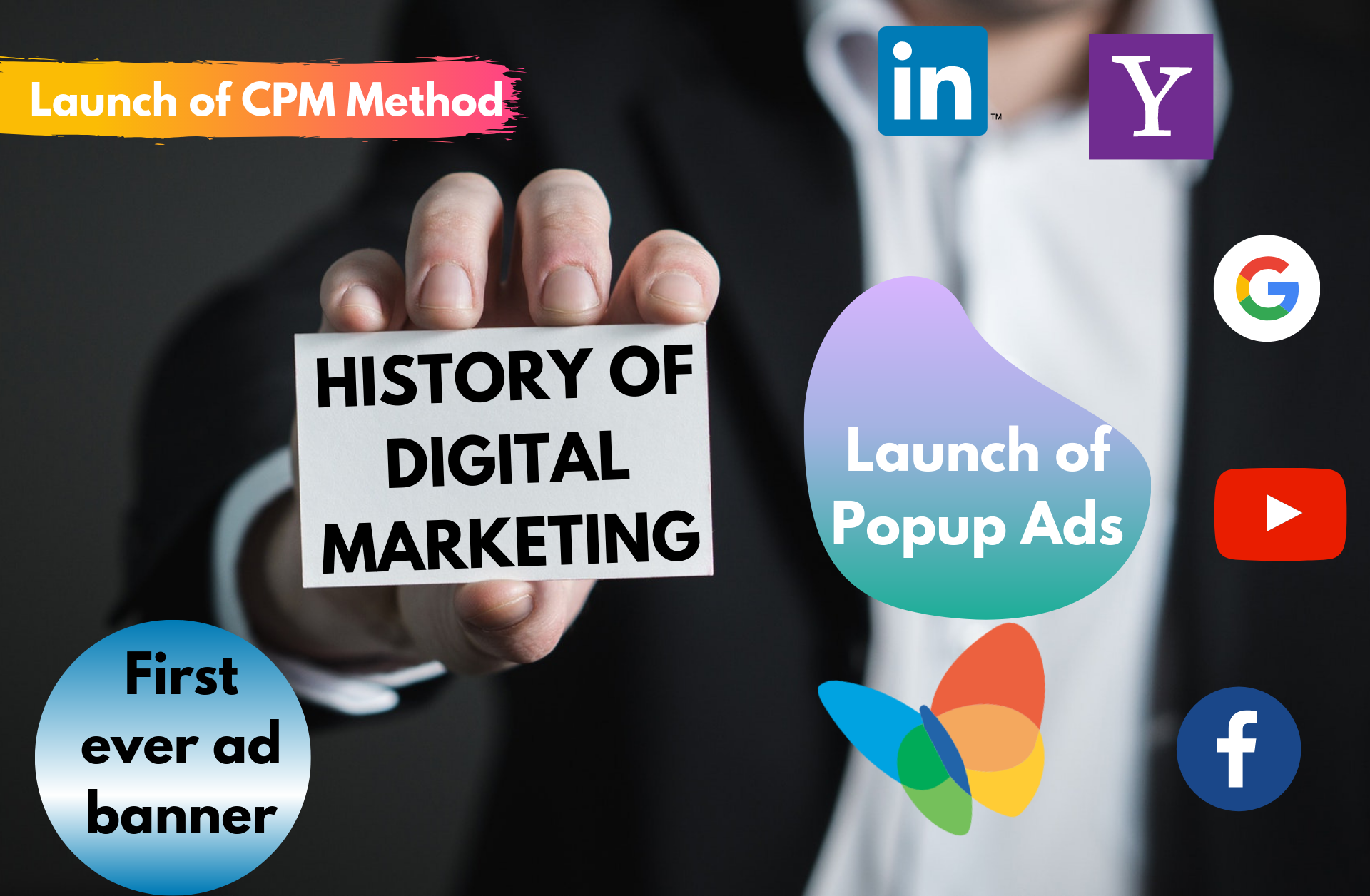 Nowadays digital marketing is shining like a crystal with growing opportunities and no one want to miss these opportunities as they believe it will provide a boost to their business.

So, now there are more than 170 million people who are using social media daily and the digital marketers are trying to get the attention of these people for various reasons like brand awareness, engagement, etc.

The digital era began with the internet and the web 1.0 platform in the early 1990s.

No interaction was possible, so you could only get the desired information but no sharing was possible.

(ii)In the year 2000 small search engine were wiped out.

(ii)Google adsense was launched in 2003.

(i)In the year 2004 Gmail was launched and Google went public.

(iii)And in this year google buzz was shut down.

(iv)In the same year, Snapchat was introduced and today:

(i)In the year 2017 AMPs (accelerated mobile pages) are the trend in digital marketing.

These are those websites that allow the user to interact with each other. Just take the example of social networking sites like Facebook, Youtube, Tumblr, etc.
You can share information, pictures, videos, links, chat with your friends or even tag them.

I hope I was comprehensive enough about the history of digital marketing and I hope you loved.
And if you loved our article, share with your friends and family.
Spread knowledge.
If you have any doubts just do not hesitate just mention in the comment box with your Gmail id and give you the solution.

The meaning of video marketing is very simple, it means using videos to promote your brand products or services.

Video marketing gives a quick overview without over-powering them with text.

Blogging and its meaning?

It is very important to know blogging and its meaning and how to use blogging for your business or as a career.

A blog is an up-to-date webpage displaying information in reverse chronological order with the most recent post at the top.

Blogging is the art of writing articles on a specific topic on the website published on the world wide web.

So for today, our topic is blogging tips for beginners where many bloggers do mistake.

So today we will discuss blogging tips and tricks. I hope this article helps you in starting your own blogging journey. 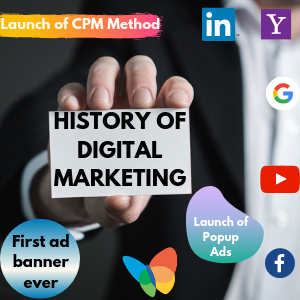 Article Name
History of digital marketing
Description
HISTORY OF DIGITAL MARKETING Nowadays digital marketing is shining like a crystal with growing opportunities and no one want to miss these opportunities as they believe it will provide a boost to their business.
yugam mehta
Yugam mehta
Digiaaj
digiaaj
https://digiaaj.com/wp-content/uploads/2019/05/Digiaaj.com_.png

How to make an animated video

Add Digiaaj to your Homescreen!